FBO Confidential – What does it...

Aerion Supersonics Aerion AS2 speeds towards...

Technology and Business Aviation – How...

From Paper Flight Plan to Data Link Clearance Delivery to NextGen. The history of ATC communications.

It is not clear when the first formal flight plans were used. In 1920, the US Post Office took over airmail delivery and set up a series of radio stations along a nationwide route. Airmail pilots flew from station to station. They would call in as they passed overhead if they had a two-way radio. If not, they would flash

FBO Confidential – What does it take to be a great FBO?

When a client decides to make a private jet trip, they will be in contact with three different groups of people; the broker or salesperson selling them the flight, the flight crew flying the airplane and the FBO personnel greeting and handling the passengers before and after the flight itself. Therefore, it is undeniable that an FBO (fixed-base operator) is

Walter Beech demonstrated both a love for, and an innate skill and understanding of aviation from a very early age. In 1905, at the age of 14, he built and flew his first aircraft, a glider of his own design. This was followed by a stint in the U.S. Army Air Corps during World War I. After the war, he

Most professionals in the Business Aviation Field know how fast-paced the daily operation of a private jet can get. Passengers often have last-minute requests, flights get canceled or delayed unexpectedly, and the ensuing changes cascading across several departments and locations creates an even more stressful situation due to the attention to detail required. A perfect environment for the revolution that

HondaJet Elite – Doubling Down on a Winning Hand

You have to have more than a winning hand—you have to know your opponents and be prepared to stay in the game. Key players at the table are the Cessna Citation M2 (Model 525) and the Embraer Phenom 100. Others at the table include the SyberJet SJ30, Pilatus PC-24, and Embraer big brother, the Phenom 300. HondaJet is a relative 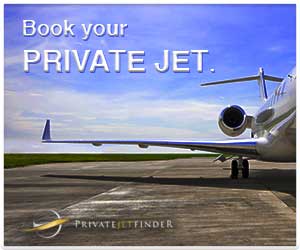